*Our physicians are committed to offering clinics via telemedicine and providing the same services they would provide in person.

Gregory P. Hanes, MD
Dr. Hanes is board-certified by the American Board of Psychiatry & Neurology and Clinical Neurophysiology. He has practiced in Sarasota since 2004. Dr. Hanes graduated from Hahnemann University Medical School in Philadelphia, PA. His internship and residency was at the Cleveland Clinic Foundation, followed by a Fellowship at Cleveland Clinic Foundation, Cleveland, OH. Dr. Hanes directs Sarasota Memorial Hospital’s Center for Neuromuscular Disorders, a multi-disciplinary clinic in partnership with the Muscular Dystrophy Association for patients affected by nerve and muscle disease, including amyotrophic lateral sclerosis (ALS)/Lou Gehrig’s disease. Dr. Hanes also serves as a clinical assistant professor of Neurology with Florida State University.

Andrew P. Keegan, MD
Dr. Keegan is board-certified by the American Board of Psychiatry & Neurology and is currently the Associate Director of the Roskamp Institute Clinic in Sarasota, FL where he is the Principal Investigator of multiple clinical trials. Dr. Keegan began his training at Rensselaer Polytechnic Institute in Troy, NY where he completed his BS in Biomedical Engineering. He received his medical degree from Tulane University School of Medicine and completed his internship and neurology residency at Washington University, St. Louis, Mo.

Brian Wolf, MD
Dr. Wolf came to Sarasota from Miami, where he worked the last two years as a neuro-hospitalist with First Choice Neurology/Neuroscience Consultants at Baptist Hospital of Miami. He completed his fellowship in Clinical Neurophysiology/Epilepsy at Weil Cornell Medical College in New York, NY, in 2016 and his residency in neurology at Baylor College of Medicine in Houston, Texas, in 2015. He earned his medical degree at the University of Miami Miller School of Medicine in Miami. Fluent in English and Spanish, Dr. Wolf is a member of the American Academy of Neurology, American Epilepsy Society and Florida Medical Association. His research focus includes studies on drug-resistant epilepsy and non-epileptic seizures.

Marilyn Kirchman, RN
Ms. Kirchman is a registered nurse and the Clinical Coordinator of Critical Care and Hemodialysis at Sarasota Memorial Hospital.

Ralph Gonzalez, MD
Dr. Ralph Gonzalez is board-certified by the American Board of Psychiatry & Neurology. He has been in practice in Bradenton, Florida for over 20 years. He received his medical degree from University of Miami Miller School of Medicine. His specialties include psychiatry, vascular neurology and neurology. 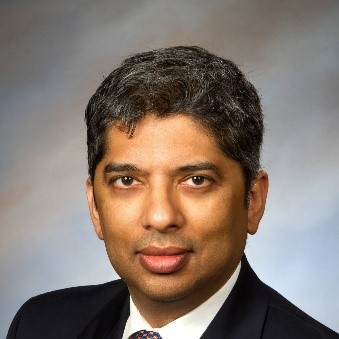 Yathiraj, MD
Dr. Sanjay Yathiraj was born in Bangalore, India and immigrated to the United States at age six. He grew up in Cincinnati, Ohio and attended Kenyon College. He attended Wright State University Boonshoft School of Medicine.  He completed his residency in Neurology at the University of Florida. He is a Diplomate of the American Board of Neurology, Diplomate of the ABPN Neuromuscular Medicine, and Diplomate of the ABPN Sleep Medicine. His clinical honors include being selected yearly since 2009 for the “Guide to  America’s Top Physicians.”

Lane Carlin, MD
Dr. Lane Carlin graduated from the University of Florida with a Bachelor of Science degree in Chemistry. He graduated from medical school at the University of South Florida with a distinguished award in neurology. He served his internship at Tampa General Hospital. In 1979, Dr. Carlin began a three-year residency in neurology at Bowman Gray Medical School in Winston Salem, North Carolina, where he was chief resident in neurology from 1981-82. Dr. Carlin moved to Ft. Myers in 1983. He is certified in neurology by the American Board of Psychiatry & Neurology.

Randolph Geslani, MD
Dr. Randolph Geslani, is board-certified by the American Board of Psychiatry & Neurology. He is a neurologist in Lehigh Acres. He received his medical degree from Far Eastern University Nicanor Reyes Medical Foundation and has been in practice for more than 20 years. Dr. Geslani completed a transitional year internship at Overlook Hospital in Summit, New Jersey and his neurology residency at Erie County Medical Center in Buffalo, New York. Dr. Geslani completed a psychiatry residency at University of Nebraska Medical Center in Omaha, Nebraska.

George G. Li, MD
Dr. George Li is board-certified by the American Board of Psychiatry & Neurology and is a neurologist in Port Charlotte. He specializes in neurology and neuromuscular medicine. Dr. Li graduated in 1984 from Shandong Medical University in China and completed an internship at Staten Island University Hospital in New York and a residency in 2001 at State University New York in Brooklyn. He also completed a fellowship at the University of Maryland Medical Center.

Lynn Stengel, ARNP
Lynn Stengel is a Nurse Practitioner Specialist in Port Charlotte, Florida. She graduated with honors from State University of New York at Buffalo School Of Medicine in 1996. She has more than 20 years of diverse experiences.

William A. Justiz, MD
Dr. Justiz is a neurologist in Naples Florida and is certified by the American Board of Psychiatry & Neurology. He received his medical degree in 1994 from University of Miami Miller School of Medicine and has been in practice for more than 20 years. He completed his internship and residency at the University of Texas Health Science Center. He completed a Fellowship at University of Texas HSC in 1999. His specialties include Psychiatry and Neurology.